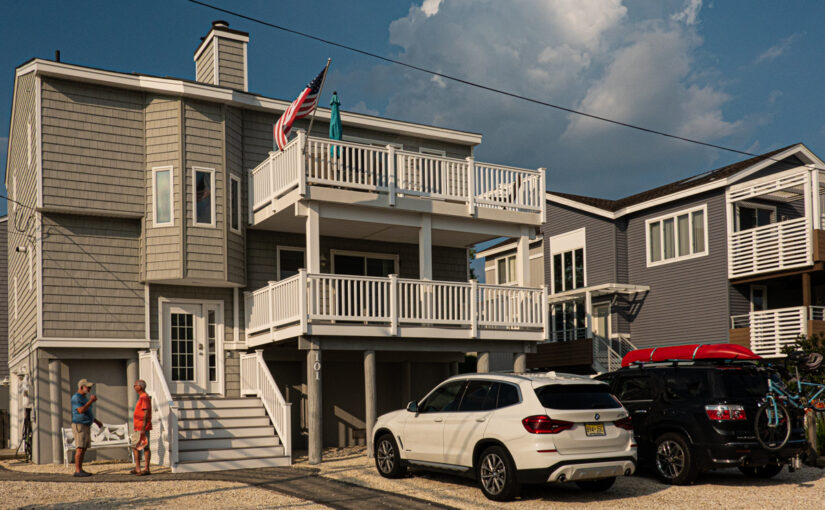 Joan’s cousin, Kenny Feldman (her mother’s brother’s son), purchased a lovely home on Long Beach Island (LBI), NJ. Newer homes on the island like his are elevated to withstand the occasional flooding. He has experienced a few feet of water in his garage and basement area that did not damage the living part of his home or furnishings.

Kenny gave us an extended tour of Long Beach Island (LBI) that started with a tour of his home, and lunch at the Chicken and Egg.

The tour then covered the island from the park and wildlife refuge on the South end to the park and Barnegat Lighthouse at the North end. 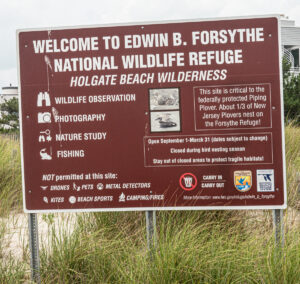 The Forsythe National Wildlife Refuge was created partially to protect the Piping Plovers, identified by a banding around their necks. They, like the sandpipers, follow the water in and out as it kisses the beach, feeding on the small animals that live in the sand and come to the surface as the water recedes. Hundreds of birds seem to move as one, running in and out on the sand as the tiny waves break. 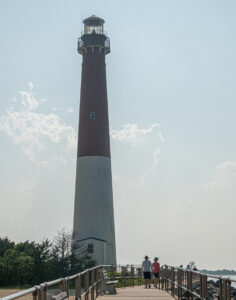 Kenny’s tour continued as he drove North to Barnegat Light. The lighthouse was built in the late 1850’s, powered by oil, and guided seamen, mostly fisherman, into the sometimes treacherous waters.

After the tour, Kenny treated us to a wonderful home-cooked dinner, with his son Dan joining us. Stu especially enjoyed Dan’s explaining his work on the Navy’s new electronic catapult that is intended to eventually replace the steam equipment now used to launch aircraft.

The day ended, as all days end, with the sun setting in the west, as we reluctantly left Kenny and his beautiful island.