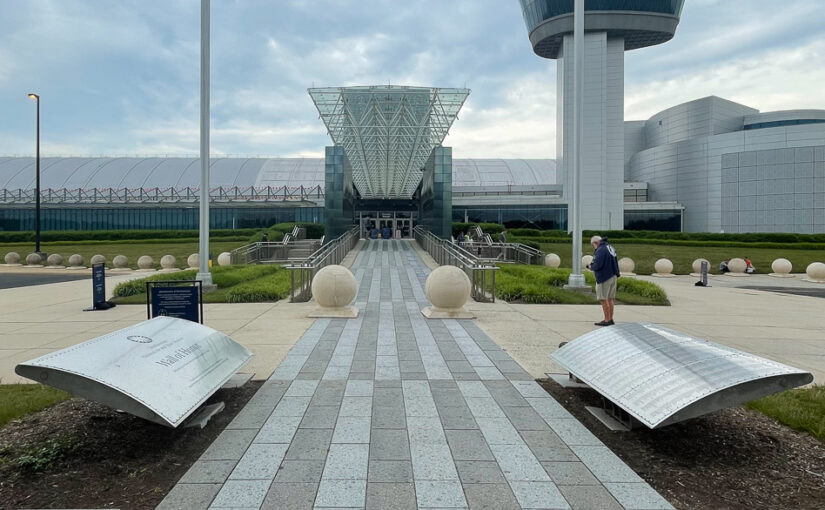 The first visit to the National Air and Space Museum on the Mall in Washington DC takes everyone’s breath away with the display of human travel through air and space. Fortunately, it has a second location, the Steven F. Udvar-Hazy Center in Chantilly, VA, and it’s open, unlike the Museum in Washington, which is still closed. It’s just as exciting and engrossing as the first location. 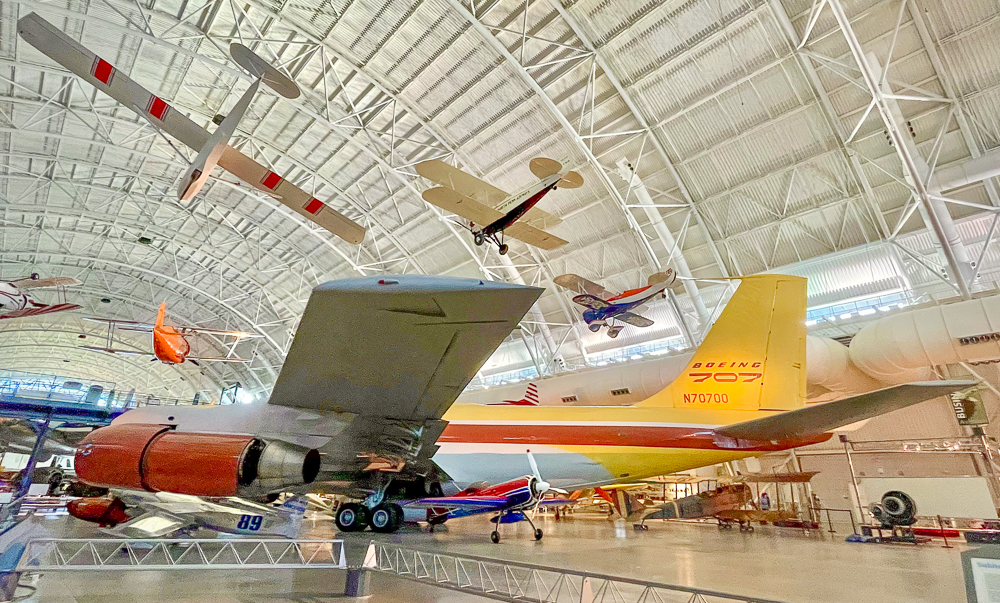 A full-sized Boeing 707 (as well as a full-sized Concorde). Smaller airplanes were hung from the ceiling, as well as filling every available space on the floor. Every plane has a plaque at ground level, describing the plane and its functions. 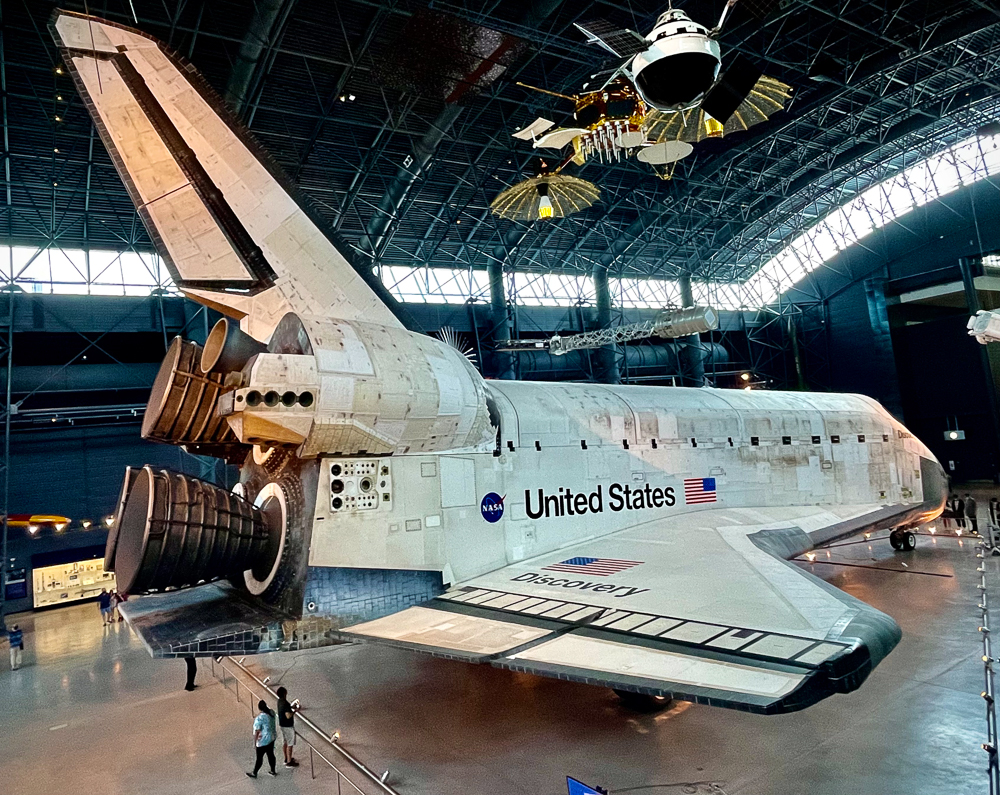 The Discovery Space Shuttle. Its first mission was in 1984, and it flew every type of mission, including satellite delivery, Hubble Space Telescope deployment, and International Space Station assembly, crew exchange, and resupply. It flew its thirty-ninth and final mission in 2011. 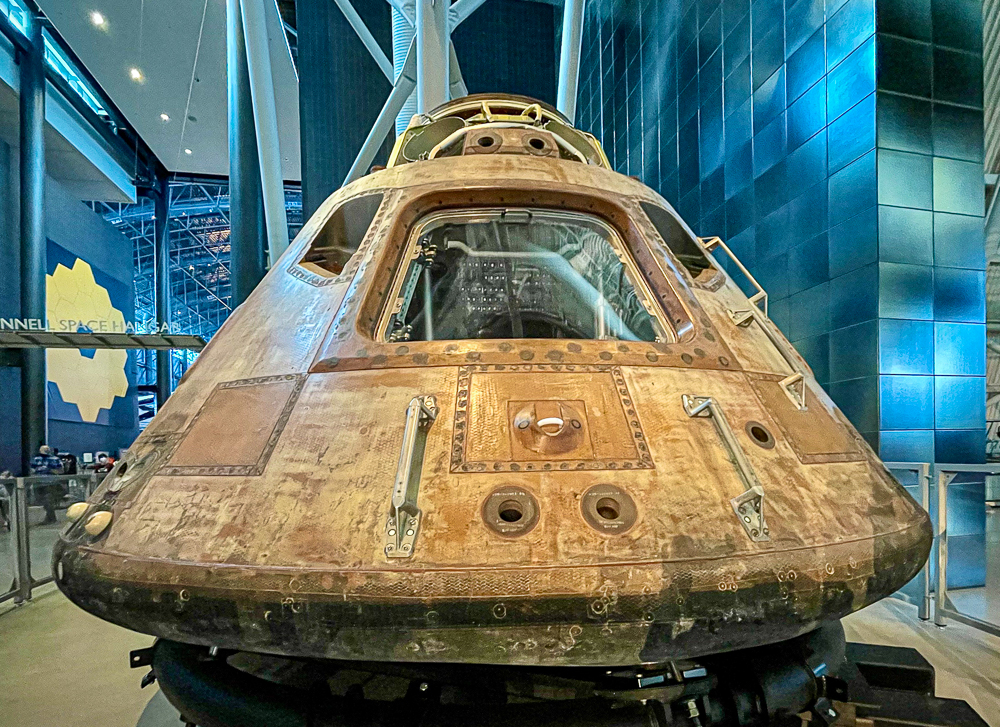 Columbia, the Apollo 11 Command Module. Columbia was the only part of the Apollo 11 spacecraft to return intact to Earth from the moon. It carried the crew and lunar samples safely through a fiery reentry into the Earth’s atmosphere. The module is about 10’ high, 12’ in diameter, and weighed 11,700 pounds at splashdown. 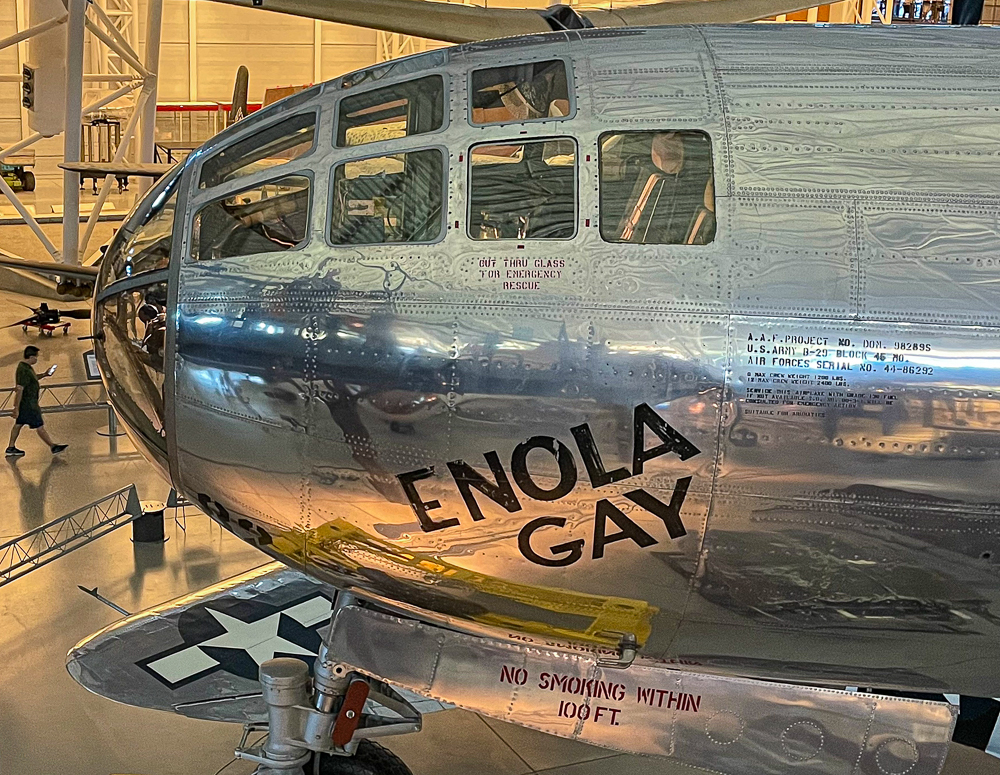 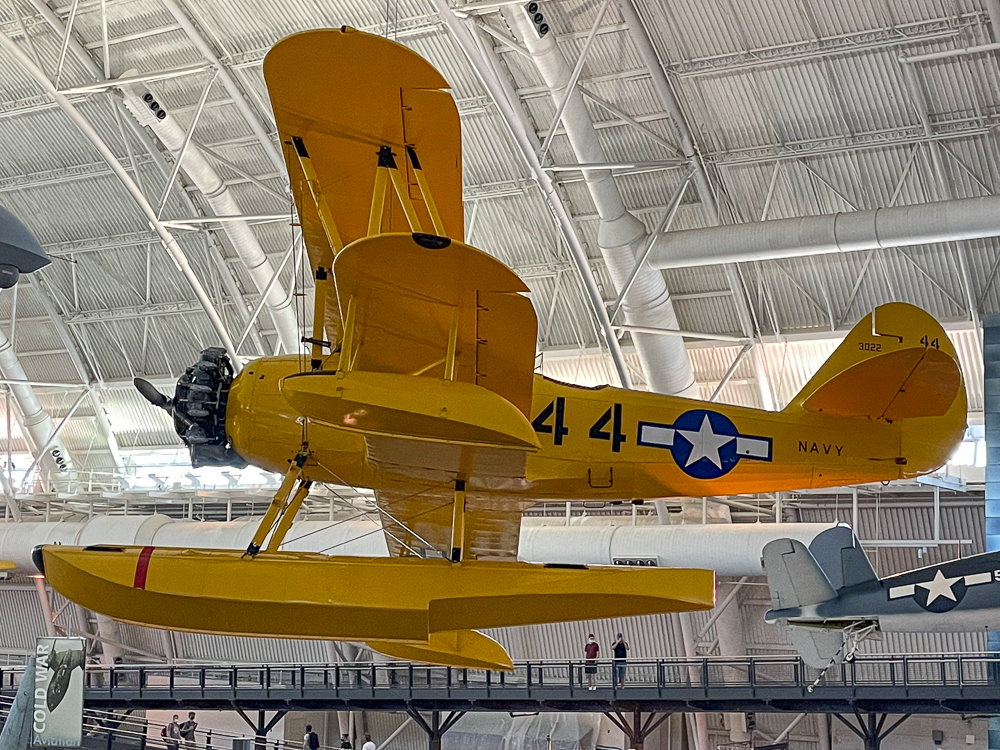 Naval Aircraft N3N-3 “Yellow Peril.” In 1934 the Naval Aircraft Factory manufactured a new biplane trainer for the U.S. Navy, which used it extensively in its flight training schools throughout World War II.

Grunau Baby II B-2. During World War II more than 4,000 of these sailplanes were manufactured in Germany and the countries it occupied. 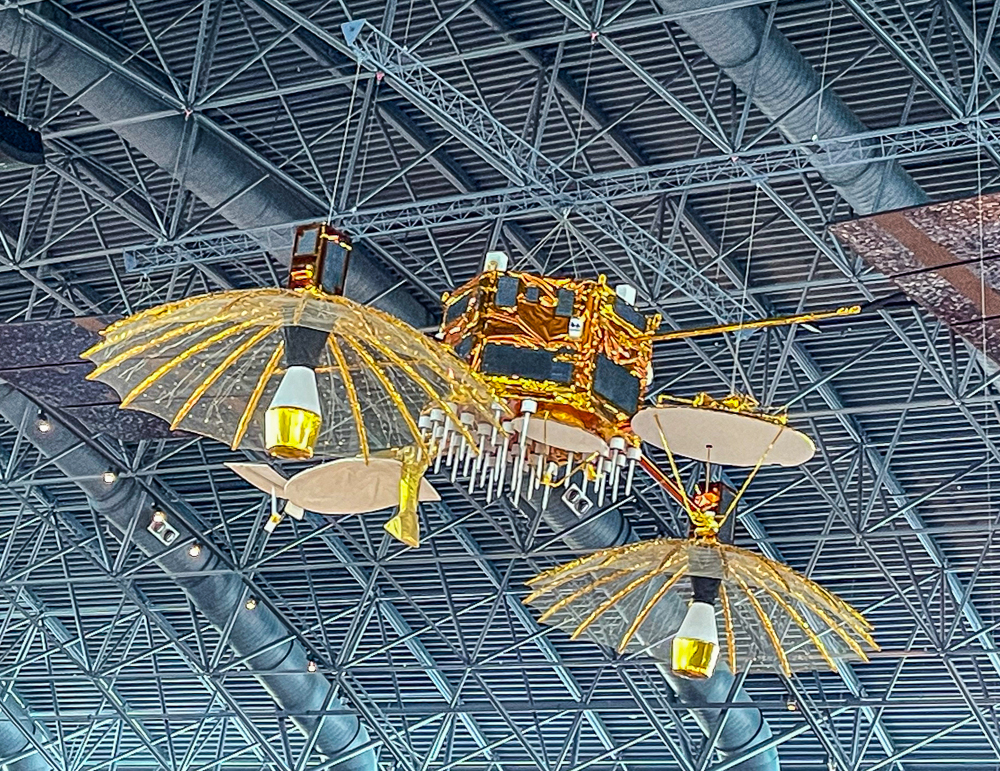 Model of the first-generation Tracking Data Relay Satellite (TDRS). During the first decades of the Space Age, NASA needed a worldwide network of ground stations to communicate with satellites. This expensive system was replace by the 3-unit TDRS system, placed in orbit beginning in 1983. Stu was on the second TDRS Launch planning team at NASA. That satellite was destroyed in the Challenger explosion.