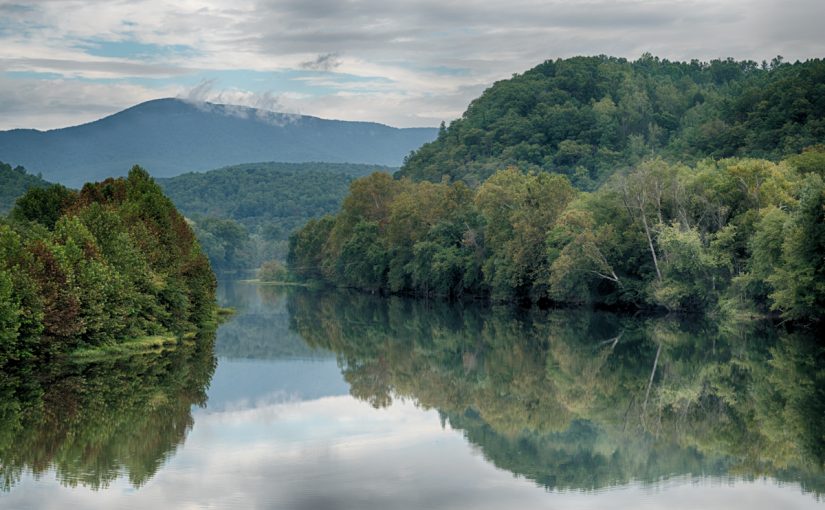 Driving south from Otter Creek Campground, we made three stops: Otter Lake, the James River, and Peaks of Otter. On the way we encountered enough fog to wish for RADAR. We traveled on very slowly until another car came out of the fog – so we decided to stop.

Following the Blue Ridge Parkway and the Otter Creek south from the campgrounds, we came to the beautiful Otter Lake, and then Stu discovered Otter Creek Falls at the south end of the lake.

Continuing south of the Parkway along the Otter Creek, we, and the creek, came to the James River. The river has a restored lock on a canal built about 1848  to carry traffic around falls and low water areas. The canal was dug around a natural rapids.

The James River has been a major transportation artery through Virginia for centuries. Although originally planned to provide a navigable waterway from Great Falls at Richmond to the Ohio River, the James River was destined to extend no further west than Buchanan. When completed in 1851, it was the primary commercial route in the state. But civil war, floods, and railroads spelled disaster for the canal, causing it to fail within the next thirty years.

Leaving the James River behind, we drove to the Peaks of Otter, where we walked around the beautiful lake at the Visitors Center, one of the many creations of the Civilian Conservation Corps inherited by us and our children. 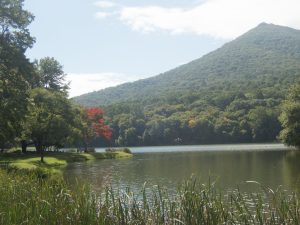 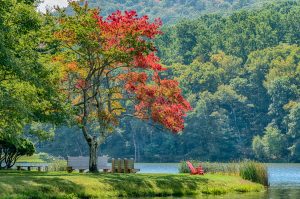 Click here to continue our journey from the Rocky Knob campground.