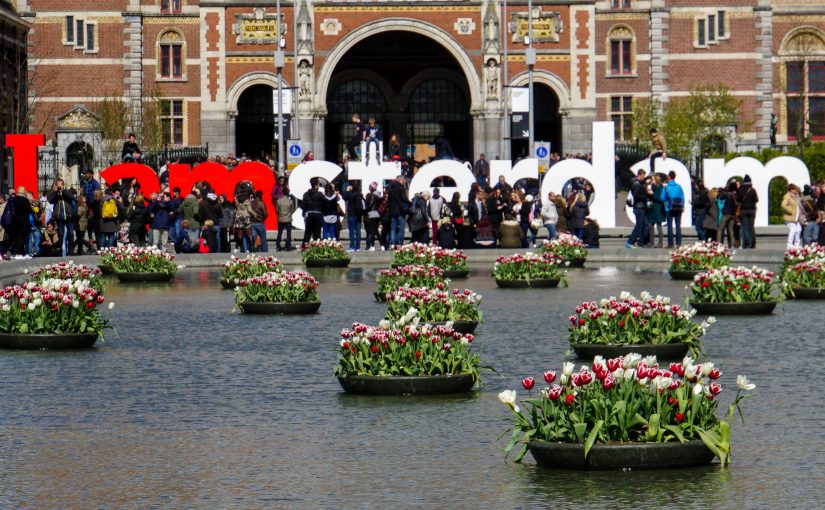 The banner photo is a view of the floating tulip garden located outside the van Gogh museum and “I amsterdam” sign that has become the motto of the city.  You may click on most of the photos below to see an enlarged copy. 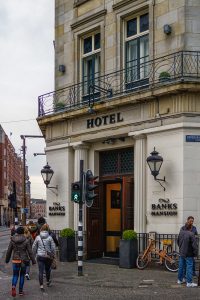 We visited the city for a bit before boarding the Amaserena for our cruise. Our Travel Agent, Janice Fishbein, recommended the Banks Mansion, a small restored hotel with every possible enjoyment including a breakfast ranging from fresh baked breads through fruit, meats and smoked fish, to omelets and eggs prepared to order with almost every imagined ingredient. Breakfast was followed by mid-day snacks and drinks in front of the fireplace in the evening.  Lovely place. 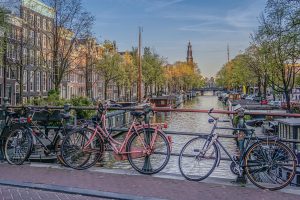 Amsterdam is a city of water and bicycles. Most of the land we visited was ocean until the Dutch created huge earthen dams and built windmills to pump out the salt water.  Over time, the land became sweet and the Dutch were able to grow vegetables and flowers.
What interested me most is the 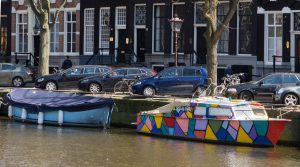 system of drainage canals the resident engineers built in Amsterdam so they could pump the water out and make the land usable.

Over time, the residents of Amsterdam used these canals as highways to transport goods.  These transport boats evolved into houseboats. Some quite sophisticated and all are very expensive.  They are permanently connected to the city power, water, sewer, and cable systems. 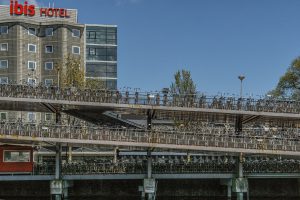 Bicycles are the main transport for many of the Amsterdam residents.  There are large, free, bicycle parking lost in the heart of the city.  Near the Central Station where the trains, trams, busses, and ferry boats converge there are large, free multi-story parking lots dedicated to bicycles.  In the residential areas, bicycle parking is at a premium. 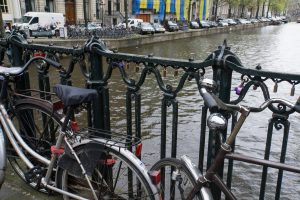 Locked to every guard rail on every bridge there are bicycle locks, many painted with attractive designs. These help reserve the bicycle parking spots for the residents in the area. Bicycle traffic has the right of way and have exclusive bicycle lanes on many roads, walkways, and bridges. These red brick bicycle lanes are sometimes marked with a bicycle painting, but the lane function is unknown to tourists until a bicyclist explains, always politely, the lanes’ exclusive function.

Cars are not an issue; there is little traffic in town and the delivery vehicles move slowly and very cautiously.

Every city develops it quirks or adaptations.  The mood, and I believe the rules, in Amsterdam give priority to preserving the appearance of the very old well built buildings that give this city the lovely character that makes it such a wonderful place to visit.  Over the years, hundreds of years actually, people modernized the insides of their homes and  in many cases subdivided them into apartments.  The exterior was kept intact even as the windows, doors and interior were modernized.  This presented a special challenge on moving day.  Small streets, small stairs, limited access and affluent homes created kind of a neat solution. 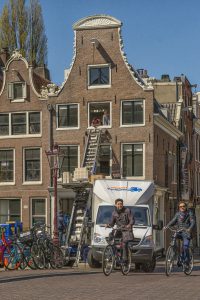 On moving day, a truck arrives with a rented elevator, the front window of the apartment is removed, and the elevator parked in the street.  When in place, the moving van drives up, the furniture and boxes are unloaded into the new residence and the moving van and elevator are driven to their next customer.  Most all traffic except bicycles stops while the two trucks unload, but no one seems to mind and, unlike the Unites States, no police show up to hustle them along. 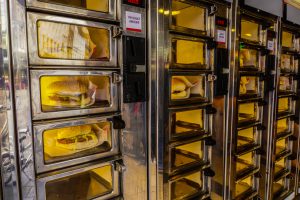 I have to love a city with an “Automat.”  Sixty years ago, my parents used to take me to Horn and Hardart’s for dinner on the rare occasion when I behaved very well. Amsterdam still offers automatic food dispensing using devices markedly similar to those I remember from H&H as a kid.

Weed is legal, available easily, and seldom observed on the streets. The Netherlands is a l 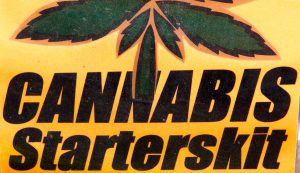 iberal country, people are relaxed about drugs, sex and concentrate the energies on making a better life for everyone.  With a 51% tax rate, the country can afford to provide services and repair the infrastructure at the same time.

Springtime in Amsterdam brings out the flowers and blooming cherry trees. 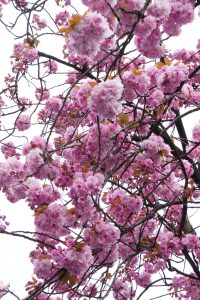